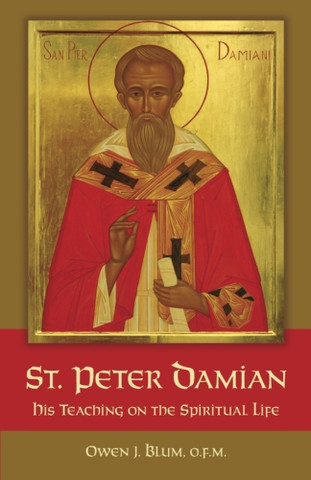 This reprint is, to our knowledge, one of only two book-length studies in the English language on St. Peter Damian. The other is The Theology of Peter Damian, by Prof. Emer. Patricia Ranft (Catholic University of America Press, 2012). Rev. Owen J. Blum, O.F.M. (1912-1998), a native of Indianapolis, Indiana, was orphaned at age 7 by an influenza epidemic. Under the sponsorship of a Franciscan priest, he completed seminary studies, was ordained, and then joined the Quincy, Illinois Franciscans. Father Blum’s career as a historical scholar began at C.U.A. in 1941. It was thanks to Father Aloysius Ziegler that he became interested in St. Peter Damian and published the present work, his doctoral dissertation, in 1947. Apart from several years as a coeditor of the New Catholic Encyclopedia, Father Blum kept St. Peter Damian the object of his endeavors. He collaborated with Prof. Kurt Reindel on the latter’s German critical edition of Damian’s Letters. His own English edition of the Letters, published volume by volume by the C.U.A. Press and completed after his death, stands as a monument to his scholarship.