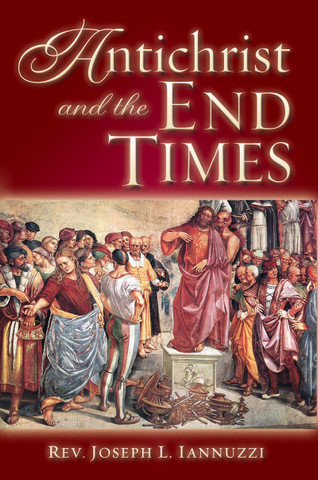 Perhaps no Christian prophecy carries with it the drama and intrigue than that of the coming of the Antichrist, history’s quintessential demonic tyrant. His brief but terrible reign is to come at the climax of a spiritually dark age in man’s history. Indeed, the 20th century alone saw three popes comment on the appearance and rise of the Antichrist—Pius X, Paul VI and John Paul II—fueling speculation that his reign was near.

Today, as the world sinks deeper into moral depravity and intellectual confusion, talk of the Antichrist’s rise again fills the air. Christian leaders believe this is because the signs of his coming—heresy, apostasy, and iniquity—have reached unparalleled levels. So is the coming of the Antichrist right around the corner?

In this powerful book, Antichrist and the End Times, Fr. Joseph Iannuzzi takes a hard look at this prophecy, its history, and the conditions necessary to bring about its fulfillment, offering readers a unique glimpse at an eschatological mystery rooted in the Book of Revelation. This is a book you won’t be able to put down!